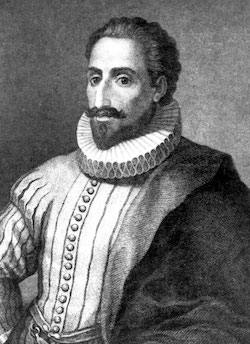 Deep Learning is a new area of Machine Learning, which has attracted a lot of attention lately due to the amazing results produced by Deep Learning models. With Deep Learning, it is now possible for an algorithm to predict things, classify images (objects) with great accuracy, detect fraudulent transactions, generate image, sound and text. These are tasks that were previously not possible to achieve by an algorithm and now perform better than a human.

In this project we will focus on Text Generation. Text Generation is part of Natural Language Processing and can be used to transcribe speech to text, perform machine translation, generate handwritten text, image captioning, generate new blog posts or news headlines.

In order to generate text, we will look at a class of Neural Network where connections between units form a directed cycle, called Recurrent Neural Network (RNNs). RNNs use an internal memory to process sequences of elements and is able to learn from the syntactic structure of text. Our model will be able to generate text based on the text we train it with.

RNNs are very effective when understanding sequence of elements and have been used in the past to generate text. I will use a Recurrent Neural Network to generate text inspired on the works of Cervantes.

Miguel de Cervantes Saavedra, was a Spanish writer who is regarded as the greater writer in Spanish language. Famous for his novel, Don Quixote, considered one of the best fiction novels ever written.

Unfortunately, Cervantes passed away 500 years ago and he will not be publishing new novels any time soon…. But, wouldn’t it be great if we could generate some text inspired on Don Quixote and other novels he published?

To solve our problem, we can use text from novels written by Cervantes in combination with the incredible power of Deep Learning, in particular RNNs, to generate text. Our deep learning model will be trained on existing Cervantes works and will output new text, based on the internal representation of the text it was trained on, in the Neural Network.

For our model to learn, we will use a special type of RNN called LSTMs (Long Short Term Memory), capable of learning long-term dependencies. LSTM can use its memory to generate complex, realistic sequences containing long-range structure, just like the sentences that we want to generate. It will be able to remember information for a period of time, which will help at generating text of better quality.

The solution explained below is available on this Github repository: Cervantes - Text Generation

The purpose of this project, is to create a model that will be able to generate text inspired in novels written by Miguel de Cervantes.

The performance of our model will be measure by:

To train our model we will use the text from his most famous novel (Don Quixote) and other less known like Lady Cornelia, The Deceitful Marriage, The Little Gipsy Girl, etc. Also, we will not include any Plays, e.g. Numancia, to train our model as it’s writing style differs from the novels and we want the generated text to follow the structure of a novel. All the novels are no longer protected under copyright and thanks to the Gutenberg Project, we are able to access all the text of these books.

Even though Miguel de Cervantes native language was Spanish, the text used to train our model will be in English. This is to make it easier for the reader to understand the input and output of our model.

Our Dataset is small as it is composed of only 2 files - Don Quixote and Exemplary Novels with a total size of 3.4 MB. Bigger datasets work better when training an RNN but for our case that is very specific it will be enough. Some additional information of the contents of the files below:

There is some manual preprocessing that we will need to do as the text retrieved from Gutenberg Project contains additional content that is not necessary to train the model, for example:

Note: The files included in the dataset folder no longer contain the additional content mentioned above.

Lets extract text from our Datasets to get familiar with the data that we will be processing.

We can see that our sentences are formed of 13 / 14 words. Paragraphs contain 5 or more sentences. 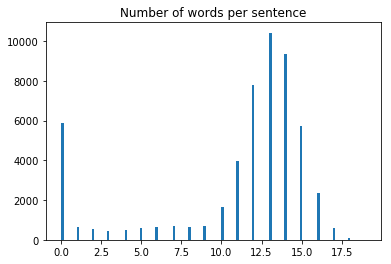 We need to prepare our data for our RNN, lets do some additional preprocessing:

We’ll be splitting the script into a word array using spaces as delimiters. However, punctuations like periods and exclamation marks make it hard for the neural network to distinguish between the word “mad” and “mad!”.

Implement the function token_lookup to return a dict that will be used to tokenize symbols like “!” into “||Exclamation_Mark||”. Create a dictionary for the following symbols where the symbol is the key and value is the token:

This dictionary will be used to token the symbols and add the delimiter (space) around it. This separates the symbols as it’s own word, making it easier for the neural network to predict on the next word.

After preprocessing all data, it is saved in the local folder. This file is available in the repository as well - preprocess.p

A GPU is suggested to train the Cervantes Neural Network as text generation takes a long time to train.

The building blocks of the Cervantes Neural Network are include in cervantes_nn.py.

The RNN cells used by our model are LSTM - https://www.tensorflow.org/tutorials/recurrent#lstm, which will process a word at a time and will calculate the probability of the next word when predicting.

To give the model more power, we can add multiple layers of LSTMs to process the data. In our Neural Network we use 2/3 RNN layers of size 256. The output of the first layer will become the input of the second and so on. To achieve this, we use a MultiRNNCell.

In order to prevent overfitting, we use dropout between the LSTM layers.

To calculate our models loss, we use tf.contrib.seq2seq.sequence_loss, which is the weighted average cross-entropy (log-perplexity) per symbol.

We want to minimize the average negative log probability of the target words:

The typical measure reported in the papers is average per-word perplexity (often just called perplexity), which is equal to (equation below) and we will monitor its value throughout the training process.

To optimise our model we use AdamOptimizer, which is a method for stochastic optimization - paper.

To train our model, we first need to create a word embedding of our input. The word IDs will be embedded into a dense representation before feeding to the LSTM. This allows the model to efficiently represent the knowledge about particular words.

The embedding matrix will be initialized randomly and the model will learn to differentiate the meaning of words just by looking at the data.

The following parameters are used to train the Neural Network:

The table below captures the results of training the Cervantes Neural Network with different hyperparameters:

How does our model performs when compared to our initial expectations (metrics/benchmark)?

The training loss improved when we use a learning rate of 0.001. The lower learning rate improves our Neural network performance and we are getting closer to a perplexity of 1. Remember that the lower our perplexity, the better our model is at predicting the next work.

As the training is not plateauing, we are also able to train it longer. This is why we increase the epochs of run 0002 to 500.

We can see an improvement when increasing the sequence length to 10. This means that our RNN will use a longer sequence to train our Neural Network. Which ends up improving significantly the quality of text generated by our network.

With a sequence length of 5, our text didn’t made much sense, the sentences are short and the paragraphs are not well structured.

When using a model trainer with sequence length of 10, we can notice that the text makes much more sense, and the quality of the sentences and paragraphs improves significantly.

Our best result in the the first 6 runs was run 0004. If we train our network longer with the same parameters, we achieve a train loss of less than 1.

Based on the results, we can see that RNNs are very effective when understanding sequence of text and can be used to generate text.

Our best performing RNN consists of 2 RNN layers of 256 in size. We added some dropout to prevent overfitting and used Adam to optimise our model.

Generating text is a hard problem to solve in Machine Learning. It takes a long time to train a simple model and the larger the input the longer it will take to train the model properly. In our training, the models took close to an hour to train.

Even though our train loss for the last run is less than 1, we can see in the samples below that the text generated by run 0004 and run 0007 models are similar is several ways:

There are two ways which we could improve the results of our model:

Quixote,” and my profession abideth about her Majesty then, the cloth was frantic, that it is so hast been, that she has not spread of showing and tear resting with him, for the persuasion, leaving him by force or get up by full great achievements of what book, Leaves the pastime?”

” I would lay myself upon him with a burnished hand to the waist. The thieves laughed at the other little intelligence, and where the redress, in the service of some dwarf, and we were in the line of mutual Sancho, this, I have not such matters of us with I not heard by which is the best world, Non when the bano seated myself and Sancho Panza asked the same of his story, they were excellent wife at once, and here the green intentions of the Judge so cautiously gave her. The blush, and heard them came to over a payment with shepherd, laying round it he ordered her, and

Quixote,” and am the idea thou wilt give more good quickly to see now thou hast won the good thing, as I have told them not.”

” Senor,” said Sancho,” I mean to know from this perilous journey in the ugly which has been bound; for it is that? What are it in me; but the knight-errant should come free?”

” At any rate, Dulcinea,” replied the actor held in nonsense of your wife, master the devil who is so generous that I can go to the house of Luscinda, Preciosa, and more will by everything the wrong the beauty itself ought to wash its course.

” What could mean be” The greatest who is long in his own behalf so long as I have chosen to Uchali, who shall not go to defend your ass will run wrong, for the mercy I was now in a coach that, after having sold their riches and language that Preciosa asked

Quixote or cost him his squire, unless indeed his wife might follow him or with great respect. Their master would be, the blind parents describes, or look free, and all the rest with your life shall be imagined; the gipsy had rule come to his heart. The extreme day I have heard of her good; in the moment of this my house and soul to find the paper; though, as it were, we believe it is because they who are dead, and bind me to undergo the exertion thou great desire, for indeed he said to him cannot read it aloud.

Don Quixote bade Sancho he settled three days with open his heart in fixing his affections should comply with Preciosa, and to keep secret whatever will be no wish on, as it was queens as his master had heard him, he strove to sing him, maintaining the sun favouring befall), which was not of it, both of them, served in her courtesy for the